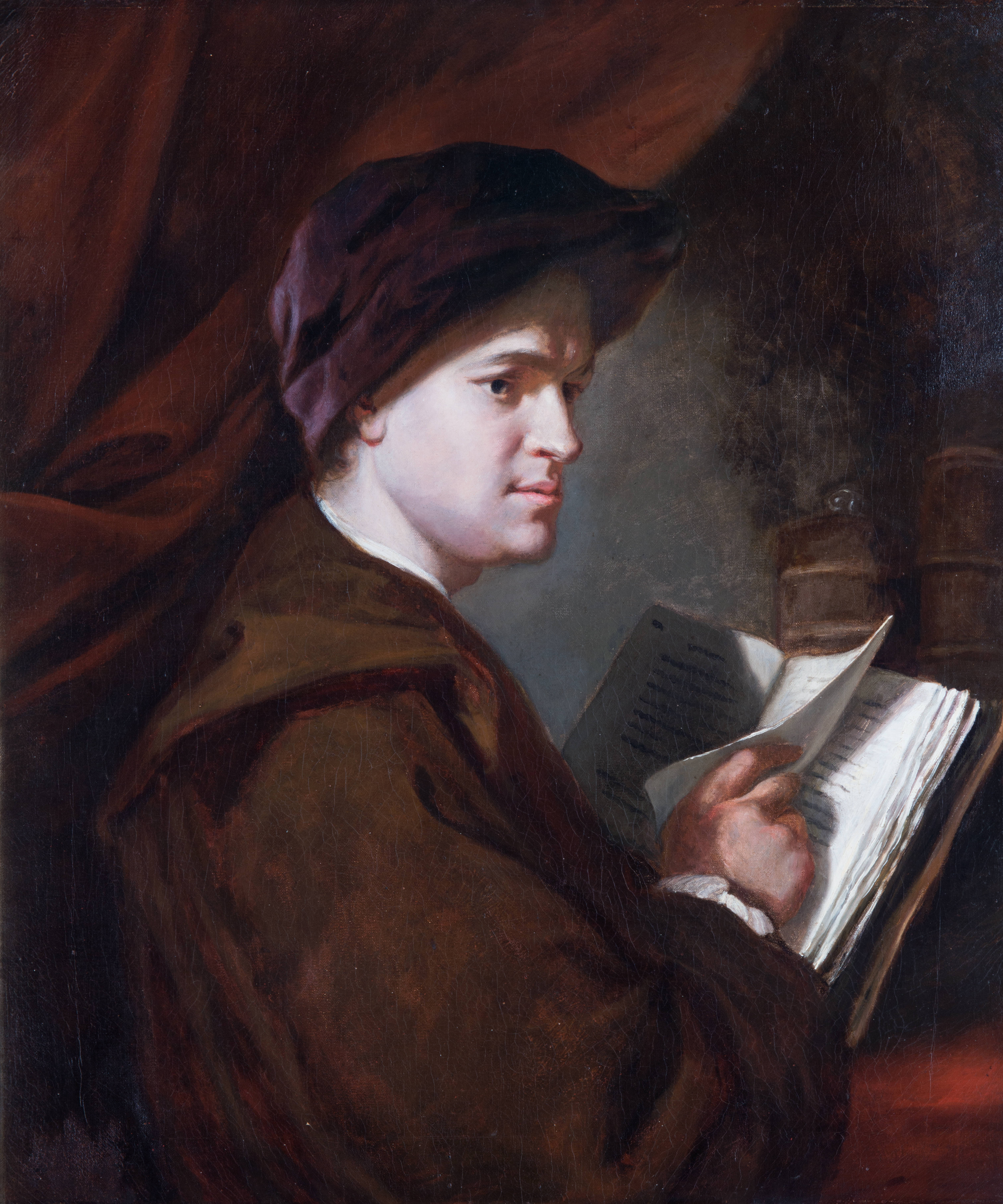 In addition to his life-long friendship with Reynolds, John Mudge was a friend of James Northcote, whose own family in Plymouth was also close to the Mudges. In 1771 John Mudge provided Northcote with a letter of introduction to Reynolds, when he approached him as a prospective pupil, as well as offering him financial support.1 In 1775 Northcote presented Mudge with a copy of Reynolds’s portrait of Leonard Smelt, which he had commissioned from Reynolds in 1755. As Mudge noted in a letter to Northcote, dated 29 January 1775, it was ‘so very good a one, that, if you had pleased, you might have kept the original, and palmed off the copy upon me; for, except the advantage the former has from the mellowness of tone, which is only discoverable when the two are by the side of each other, I protest I should not have known yours from the original’.2 The same commendation might be made about the present copy by Northcote, which is close in appearance and technique to Reynolds’s original portrait. The principal difference relates to condition, for as it was noted of Reynolds’s portrait in the mid-nineteenth century, ‘the carnations have utterly disappeared, leaving the head as modelled in the first stage of painting in little more than tones of black and white’.3

Northcote recorded the present copy of John Mudge’s portrait in his Account Book in a list of pictures painted in 1808: ‘Mr Richard Rosdew, made a Copy of the/ portrait of Dr Mudge from S. J. Reynolds for him/Twenty Guineas’.4 Richard Rosdew was the husband of Jenny Mudge (1761–1818), the sitter’s daughter. As with other portraits by Northcote now at Trewithen, the picture passed to her nephew, Richard Zachariah Mudge (1789–1854), descending through marriage to the Flint family, to Alison Raffles Flint (1890–1978), who married George Horace Johnstone (1882–1960), who in 1904 inherited Trewithen from his father.

Dr Mudge remained in contact with Northcote for the remainder of his life, and in 1786 Northcote painted his portrait for Mudge’s son-in-law, the Reverend James Yonge, an engraving of which by Samuel William Reynolds was published in 1795 (fig. 2).5 Here, Northcote effectively reprised the earlier portrait, portraying Mudge, now in his mid-sixties, in a similar soft cap, before a drape, with his arm resting on an open book. An impression of the engraving is included in the inventory of Trewithen taken in March 1928: ‘Another [mezzotint] of John Mudge M.D. and F.R.S. by S.W. Reynolds, open letter proof’. The same inventory located the present portrait in the Drawing Room. It was described as ‘James Northcote R.A. 1746–1831 – John Mudge Esq 1721–1794, half length in Academical costume perusing MSS – 30in by 25in’.