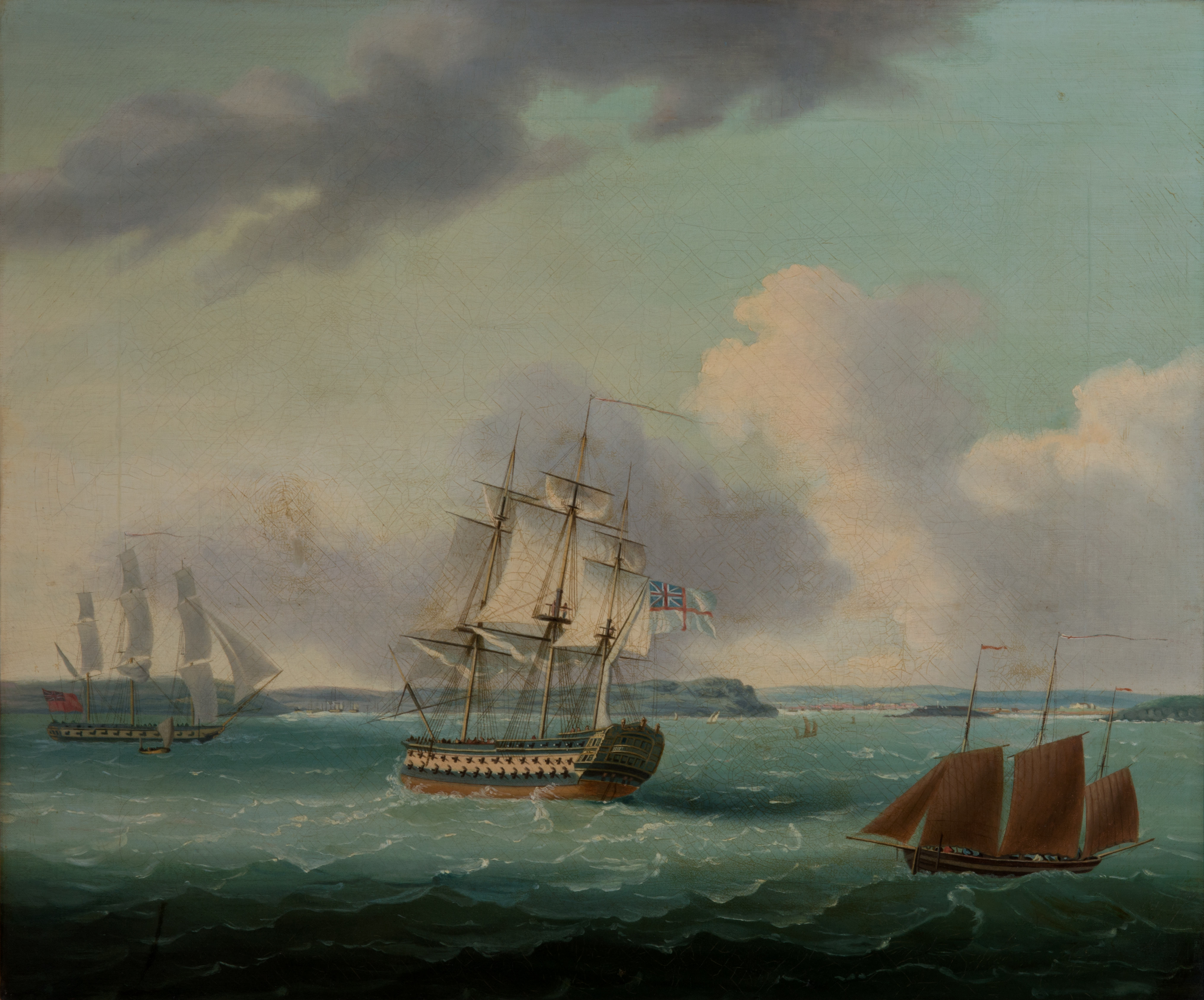 The marine painter John Thomas Serres was the first son of the founding Academician and Marine Painter to King George III, Dominic Serres (1722–1793). Serres was instructed by his father and first exhibited at the Royal Academy at the age of seventeen. He practised as a landscape painter on his travels to France and Italy as a young man and travelled to other places through his role as an official draughtsman to the Admiralty. He lived first in London and then in Edinburgh from 1808. Serres had a disastrous marriage to Olivia Wilmot, who had been his pupil and was a successful artist in her own right, becoming landscape painter to the Prince of Wales. The marriage ended in separation after Serres became bankrupt due to his wife forging his bank drafts, and he spent time in prison for abducting one of his daughters from the custody of his wife and her lover, and was later again interned for debt.

Serres succeeded his father as Marine Painter to George III and to the Duke of Clarence in 1793, although this source of patronage was withdrawn in 1822 by George IV, who had been a patron of his wife. Despite this slight, Serres made an unofficial set of watercolours recording the royal visit to Scotland in 1822 (National Maritime Museum, London).