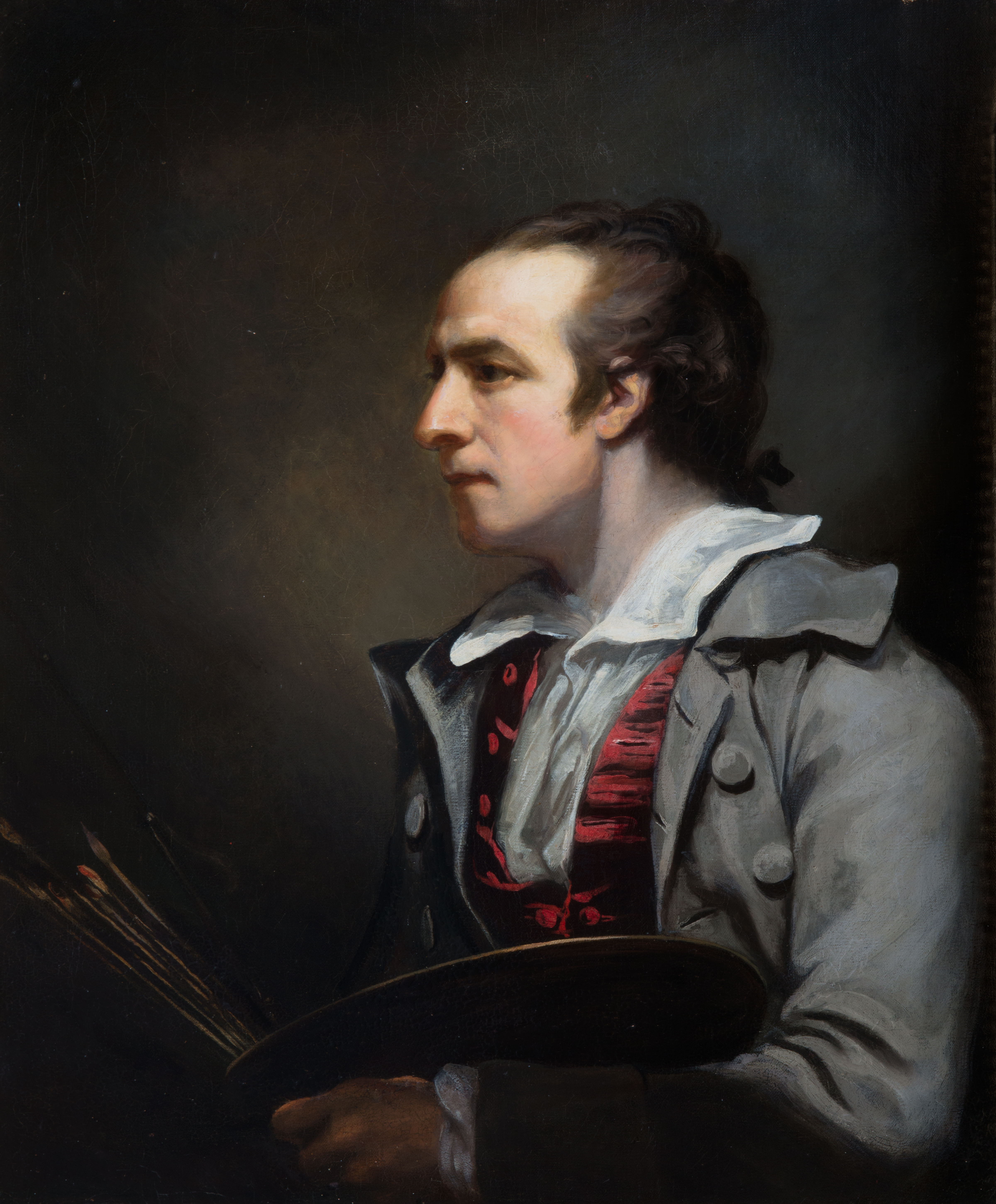 A self-portrait which relates to the present picture is in the collection of Plymouth Art Gallery (fig. 3). However, as a comparison between the two works reveals, the latter picture is far inferior in terms of quality and appears to be a later copy by another hand.2 Curiously, the Plymouth picture differs from the present picture through the incorporation of the raised right arm of the artist, a gesture slightly reminiscent of Reynolds’s earlier self-portrait. More favourably, the present painting can be compared with Northcote’s self-portrait of 1784 (fig. 4), where once more the right arm is raised above the forehead.

By the 1820s the portrait belonged to John Mudge’s son-in-law, Richard Rosdew. However, following the publication in 1827 of defamatory statements concerning Zachariah Mudge that appeared in William Hazlitt’s conversations with James Northcote, Rosdew removed the painting from view and apparently placed it in the attic of his home, Beechwood, Plympton. On hearing the news, Northcote responded that ‘the only way to make it safe would be to destroy it, lest, in some future time, another possessor, of a different mind, may again take it into favour’.3 In the inventory of March 1928, by which time it hung on the Middle Staircase at Trewithen, it was described as, ‘Another [portrait] of James Northcote by himself, half length holding palette and brushes, face in profile, grey coat, red and black scarf roll collar’.